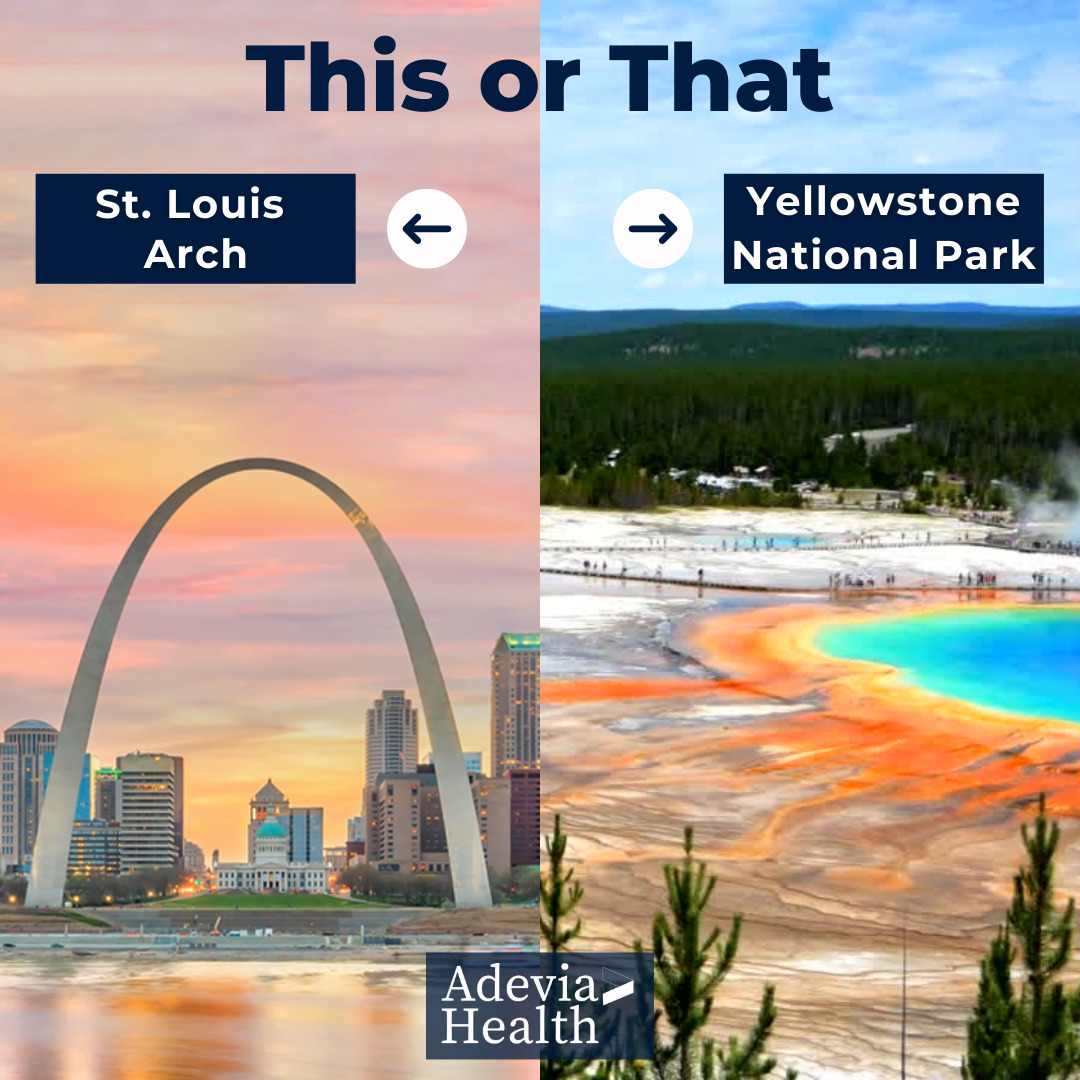 America is world-renowned for its prominent history of pioneering men and women. It’s also famous for its size: enormous cities, jumbo food portions, and enormous natural and manmade landmarks. Two of these include the breathtaking Yellowstone National Park, and the awe-inspiring Gateway Arch in St. Louis, Missouri.

Over half the world’s geysers and hydrothermal features are found in the park. The high levels of hydrothermal activity can be attributed to the rumblings of the infamous Yellowstone Caldera, the largest supervolcano found on the continent. One of the most well-known geothermal features of the park is a famously consistent geyser affectionately named Old Faithful. The highly predictable geyser has erupted every 44 – 120 minutes since 2000. In the very early days of the park’s history, pioneers used Old Faithful as a laundry site to clean their clothes – something which would be seriously frowned upon today! The remarkable geothermal features and numerous archaeological sites in the park earned its title as a UNESCO World Heritage Site.

While Yellowstone National Park represents a natural cornerstone of American history, the Gateway Arch is a monument to American culture and civilisation. The incredible man-made arch, which stands at 190m tall (the tallest arch in the world!) was conceptualised as a monument to the westward expansion of the United States. The purpose of the structure was to signify the patriotic accomplishments of early immigrant pioneers who had contributed to building the country into what it is today. As such, the arch is also known as the “Gateway to the West”. This is especially important for modern-day migrants, who are seeking a gateway to the west and, like the forefathers of America, the path to a better life.

So, which piece of American culture would you like to visit first? Yellowstone National Park, or the Gateway Arch? For more snippets of American history and culture, browse our other blog articles at this link: https://adevia.com/blog/