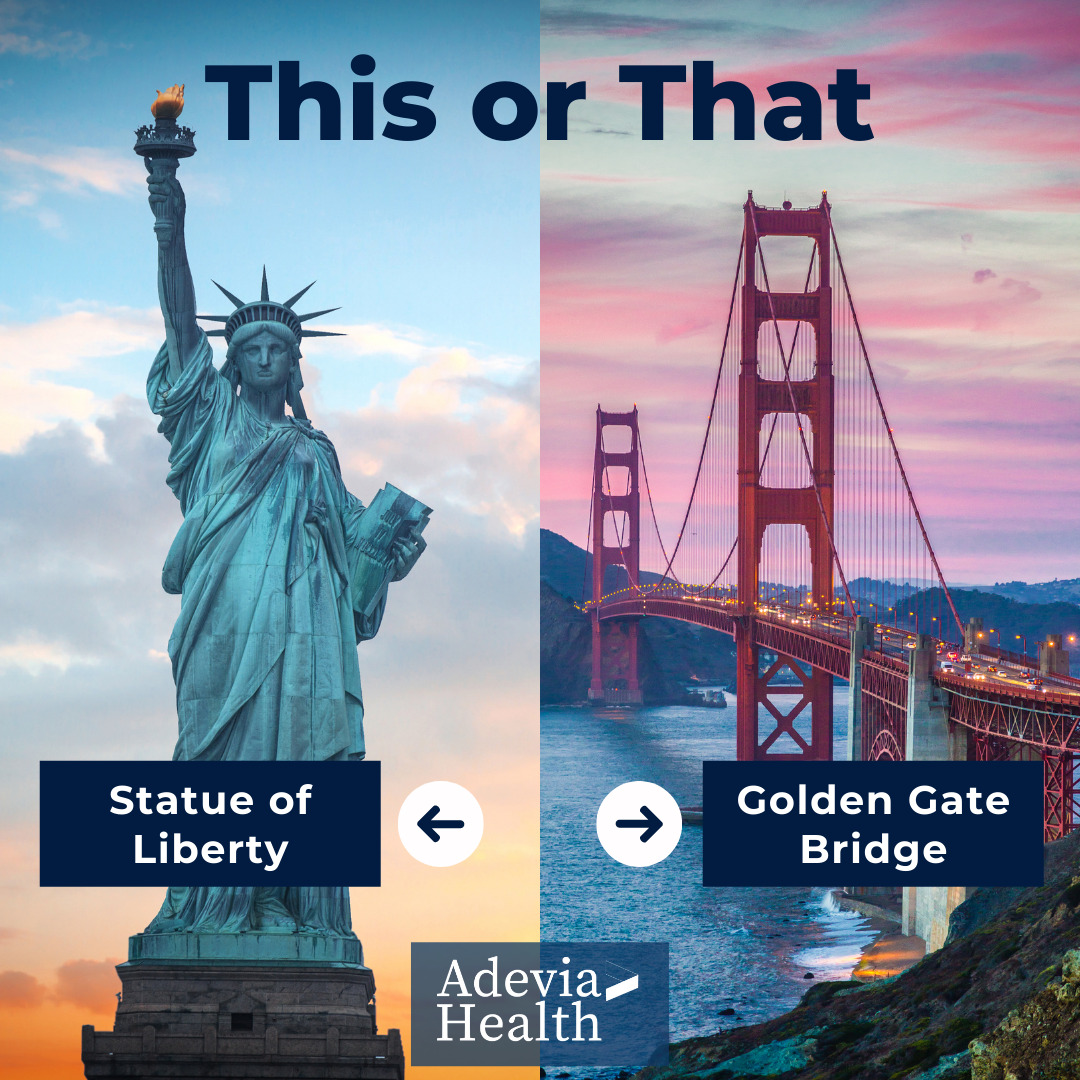 The United States is famous for its colossal structures. These gargantuan man made objects are marvels of engineering, and often become emblematic of the spirit of the state in which they are located. It’s difficult to think of San Francisco, for instance, without recalling the Golden Gate Bridge. Similarly, it would be remiss to depict New York City without the celebrated Statue of Liberty.

What is the history behind these iconic structures? Construction of the Golden Gate Bridge was completed in 1937 and, in the 85 years since its completion, its iconic red towers and struts have become emblematic of California and, more specifically, the city of San Francisco. Considering its name, you would be forgiven for imagining that the bridge is an alluring golden colour – it’s not! The “Golden Gate” refers to the name of the one-mile-wide strait between San Francisco Bay and the Pacific Ocean. The bridge itself is painted in a now-famous colour called International Orange, a selection which beat the US Navy’s suggestion that the bridge be painted in black and yellow stripes to ensure visibility to passing ships. Upon its completion, it was the longest and tallest suspension bridge in the world. Although other bridges have since surpassed it in their engineering, the Golden Gate Bridge set an historical precedent for the design of suspension bridges all over the world.

The Statue of Liberty was a gift from France to the USA to celebrate America’s successfully constituted democracy as well as to signify the friendship between the two countries, as her construction was a joint effort. Sculptor Frederic-Auguste Bartholdi created the sculpture itself out of sheets of hammered copper, and Alexandre-Gustave Eiffel (designer of the world-famous Eiffel Tower) designed the statue’s steel framework. The pedestal upon which the statue rests was designed and constructed in the U.S.

In the years since its erection in the Upper New York Bay, the Statue of Liberty has welcomed thousands of immigrants as they arrive in the U.S. via the nearby Ellis Island. Engraved on a plaque mounted to the entrance of the statue’s pedestal is a sonnet written by Emma Lazarus as part of a fundraising contest. Its most widely recognised verse represents the statue’s symbolism of freedom and democracy, especially for the migrant workers who arrive on American shores in search of a better life:

Give me your tired, your poor

Finally, to cement her status as a symbol of freedom, the Statue of Liberty carries in her left hand a tablet inscribed with the adopted date of the American Declaration of Independence – 4 July, 1776.