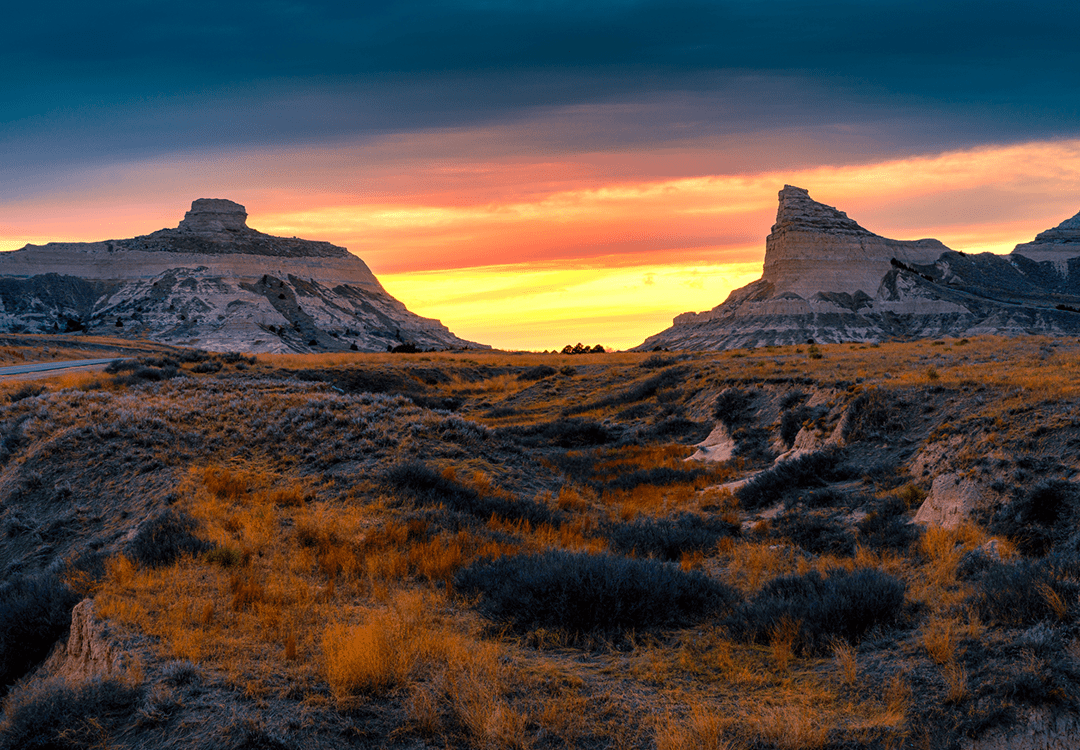 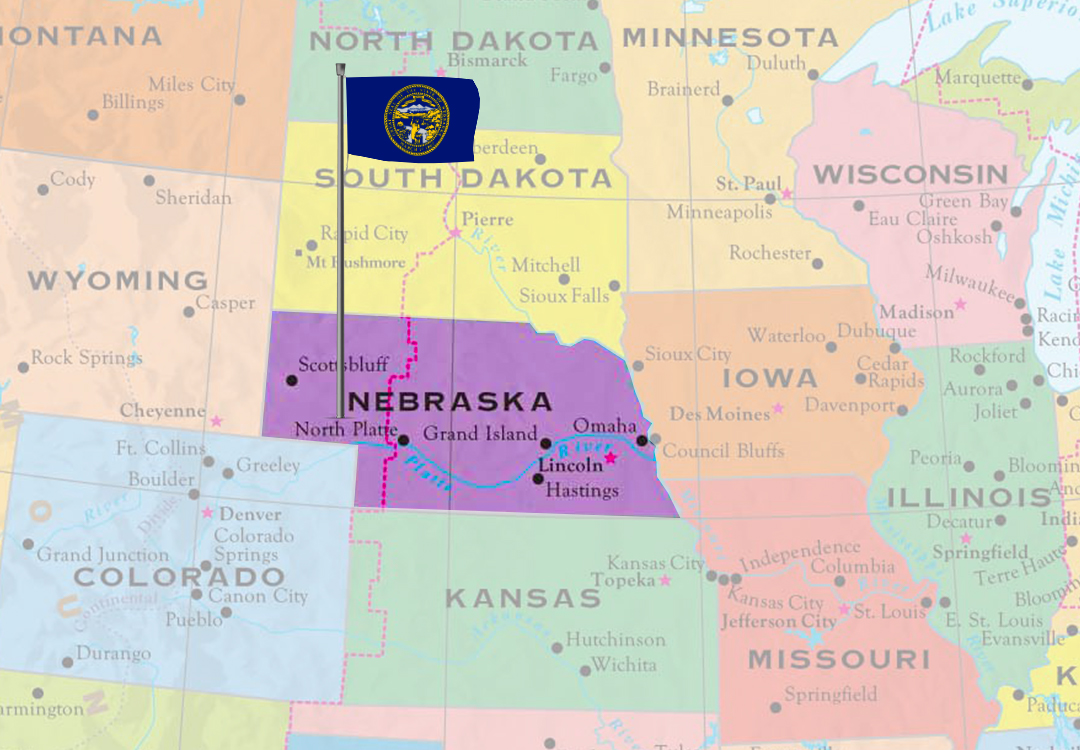 Nebraska is the 37th State,  its name originates from the Native American word that means ‘flat water’. This ‘flat water’ refers to the Platter River which runs through the state. Later nicknamed The Cornhusker State by the University of Nebraska, located in its capital city Lincoln, gave the state its nickname since the school’s football team name is the Cornhuskers. The team was named the Cornhuskers because the state is the third-largest corn producer in the United States. 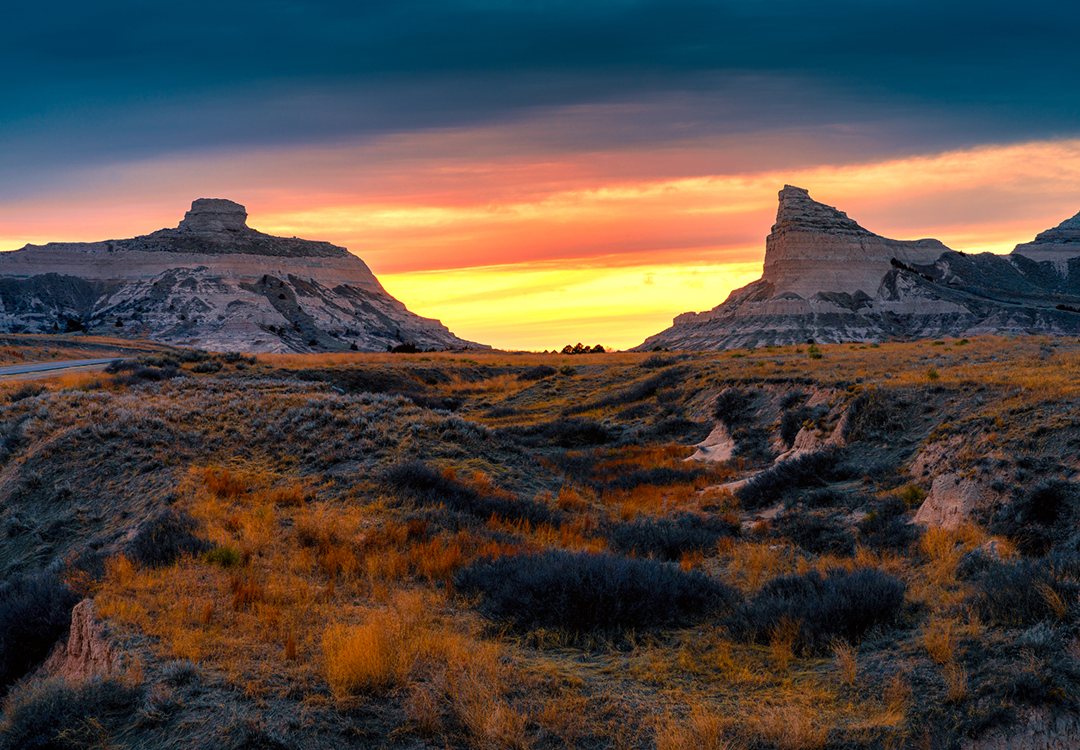 Nebraska is bordered by South Dakota in the north, Iowa and Missouri in the east, Kansas in the south, Colorado in the south and west, and Wyoming in the west. The area can be divided into two major regions: the Dissected Till Plains and the Great Plains. The Dissected Till Plains cover the eastern quarter of Nebraska where you will find a mixture of sand, gravel, boulders and low hills. The Great Plains spread across the rest of the state is flat with a few canyons and valleys, as well as lakes and wetlands. The area also includes the state’s highest peak, for a great panoramic view. This is a perfect weekend hike to capture those breathtaking taking Instagram photos. Central Nebraska boasts the biggest spread of Sand Hills and the far northwest is home to another unusual area: the Badlands, where the wind has cut sandstone into weird, pointy, and even mushroom-like shapes. 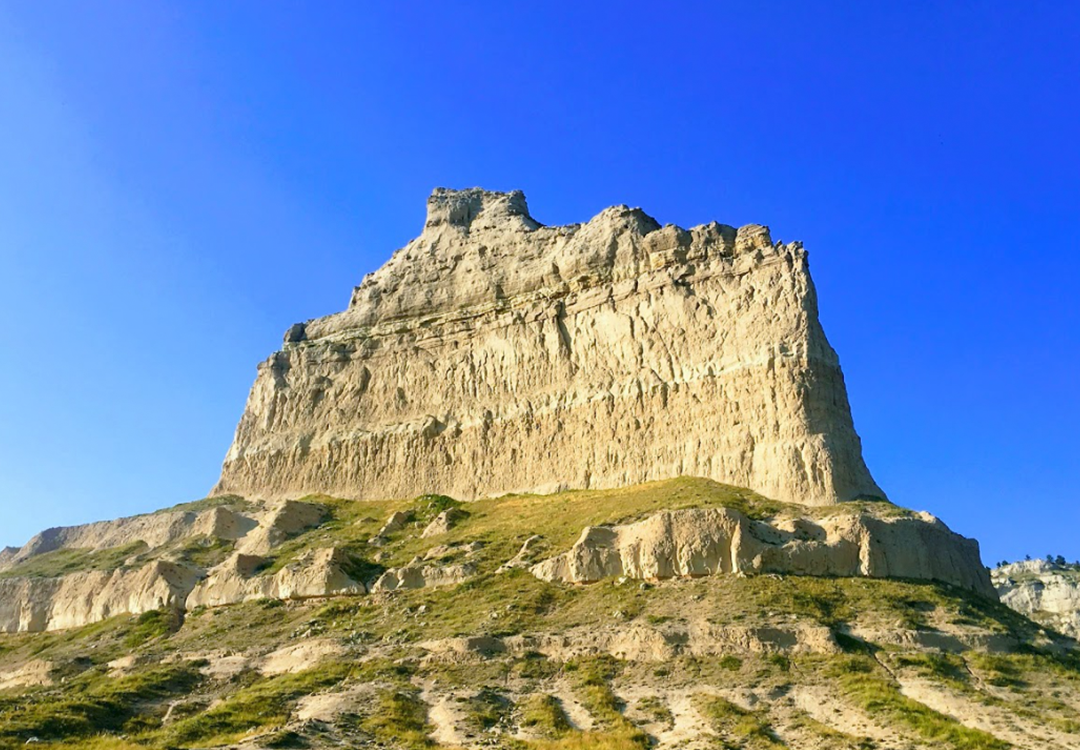 Nebraska is also made up of a rich European ethnic mix, for example, the largest group of Nebraskans hail from Germany that was attracted to the land and religious freedom. This group of diverse people have clearly made a clear contribution to the traditions and culture of the state.

Nebraska, like many states in America, is so big and beautiful that you can write many books about, however, for now, you will be introduced to the three main cities in the state which are Nebraska City, Lincoln and Omaha.

The Nebraska City is laced with many rivers and green valleys, with beautiful dark green trees that shelter the city above the Missouri River. In the spring, the intoxicating scent of apple blossoms fills the air. In the summer, the full canopy shelters the city from the heat. Brilliant colours adorn the trees during the fall, and winter reveals the lovely lines of the bare trees, stark against the snow. Many of Nebraska City’s attractions are tree-related because it is the home of Arbor Day. Even their major festivals honour trees. Nebraska City is 45minutes south of Omaha and an hour South of Lincoln. 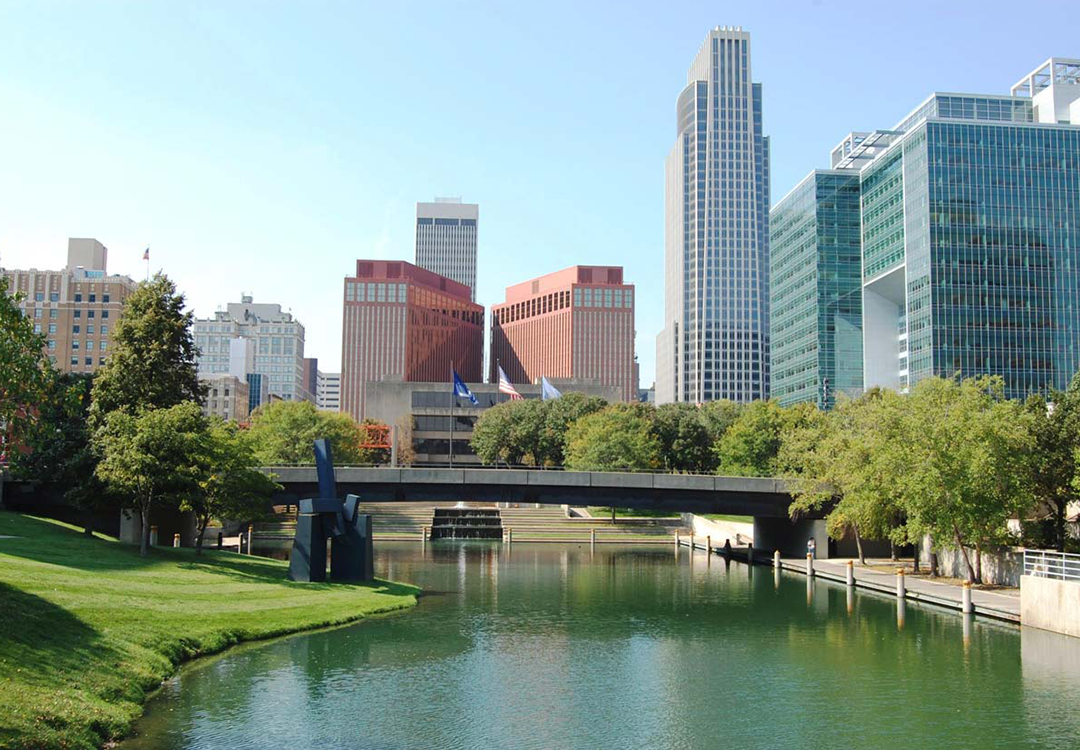 Omaha contains almost a third of Nebraska’s population and it is easily recognised as the dominant urban centre. A great place to live, work and play. Downtown Omaha has many attractions, statues and even an area called Old Market that contains an open-air shopping centre. The city has museums and cultural centres as well as a Zoo and Aquarium that spearheads conservation work and features a big cat complex as well as indoor jungle, rainforest and desert habitats.

With regards to education, Omaha exceeds national averages for high school and college graduates. The public school systems are outstanding and there are also many fine private and parochial schools to choose from. You can count on almost a dozen universities and community colleges with sound reputations. 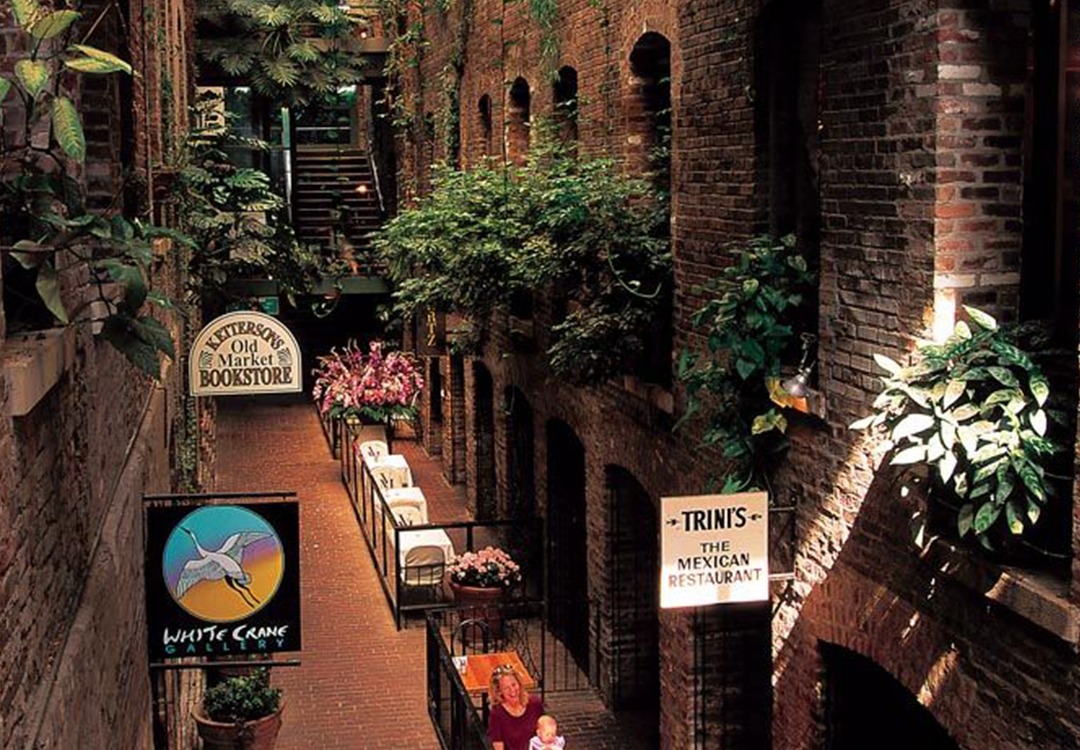 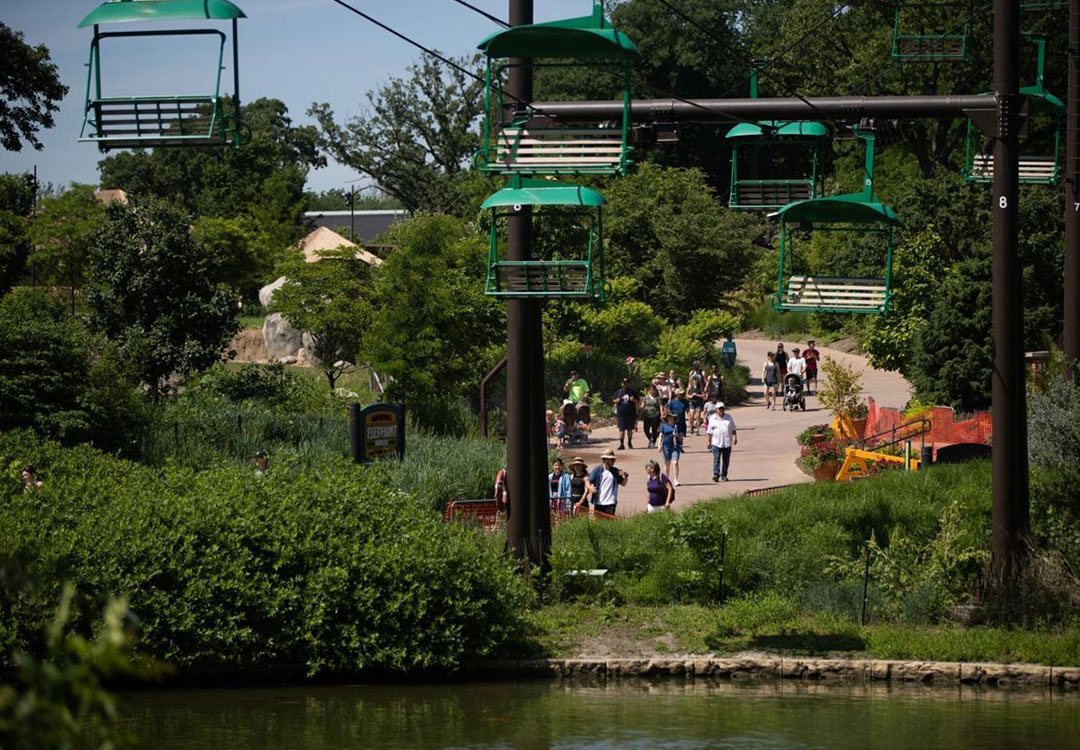 A vibrant and safe city that has many of the cultural and entertainment benefits of a much larger city, with the feel of a friendly Midwestern community. It is home to fine culinary, artistic treasures, aspiring live music scenes, breathtaking parks, golf courses and trails. Lincoln offers the exhilaration of a big city and the serenity of the countryside all in one place. The city is host to many attractions and museums that capture the unique interests from all over the world and offers literally hundreds of choices of where to eat, sleep, work, shop, relax and play. It offers large parks dedicated to putting you in touch with nature and little parks designed to help you get some fresh air. The Historic Haymarket District is a wonderful place to stroll around and grab a bite to eat. The area is compact and consists of beautifully renovated and restored late 19th-century brick warehouses, brick streets, a large water tower, and a unique clock. This city is a remarkable city with a surprising variety of public art and international culture. The Lied Center for the Performing Arts enters its 26th season offering the best of touring music, dance, theatre, symphony, comedy and world-renowned artists of every discipline. 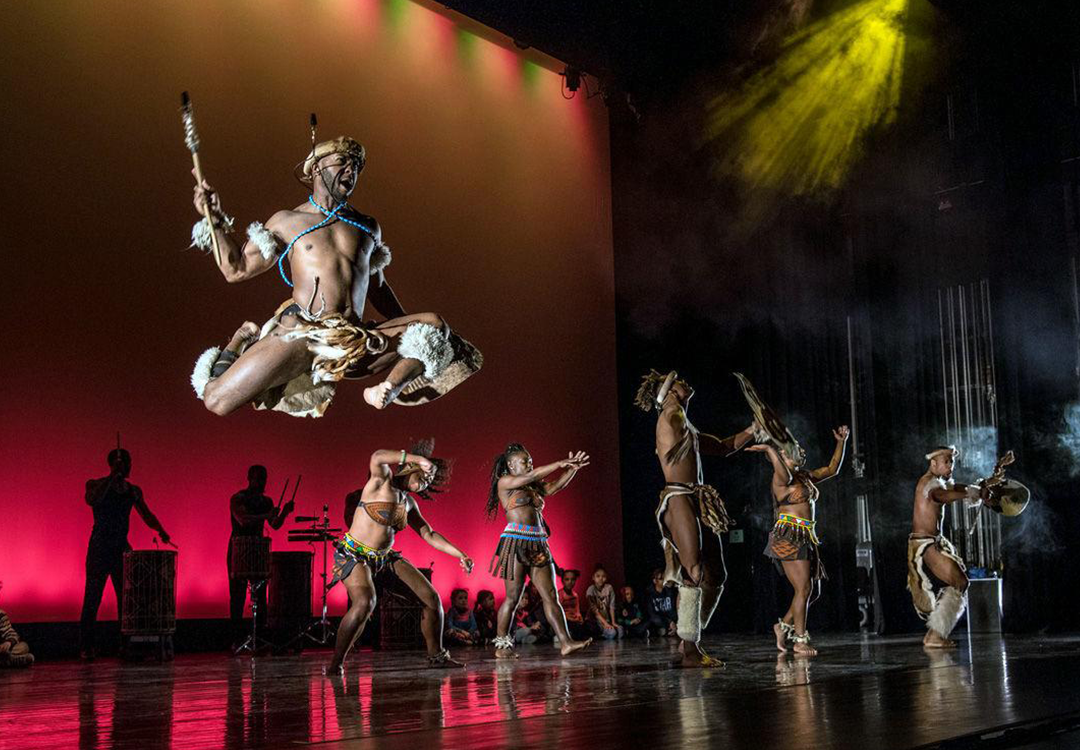 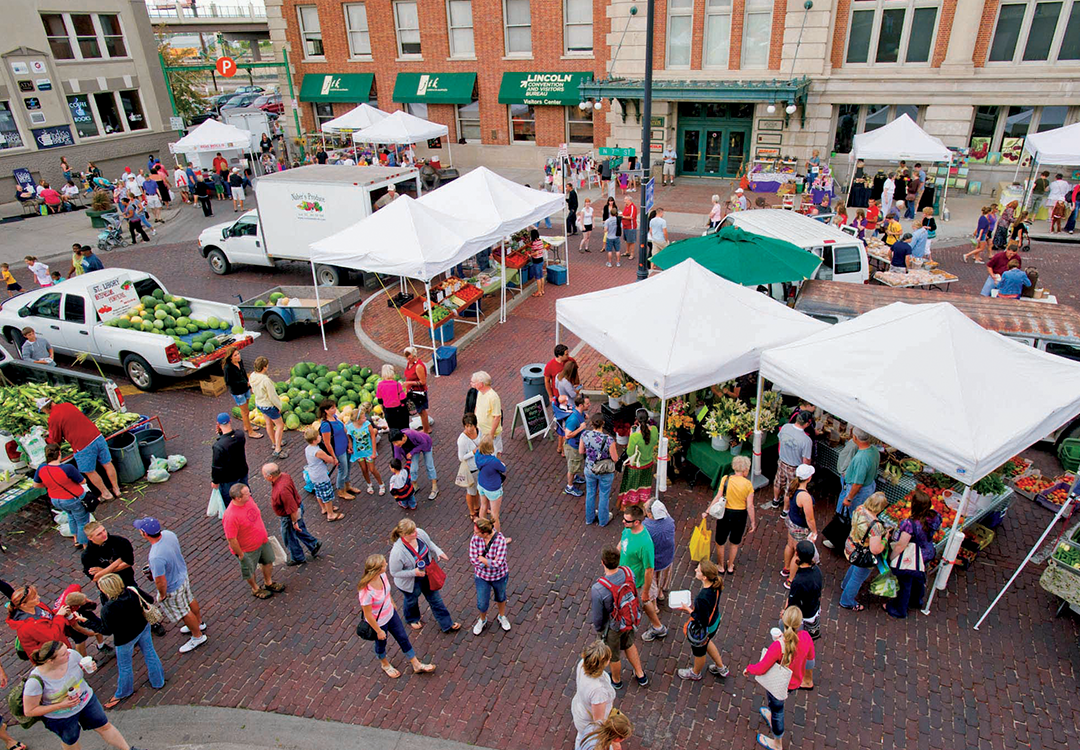 Whether you are looking to travel for fun and relaxation or settle down and start a life, this state offers it all.