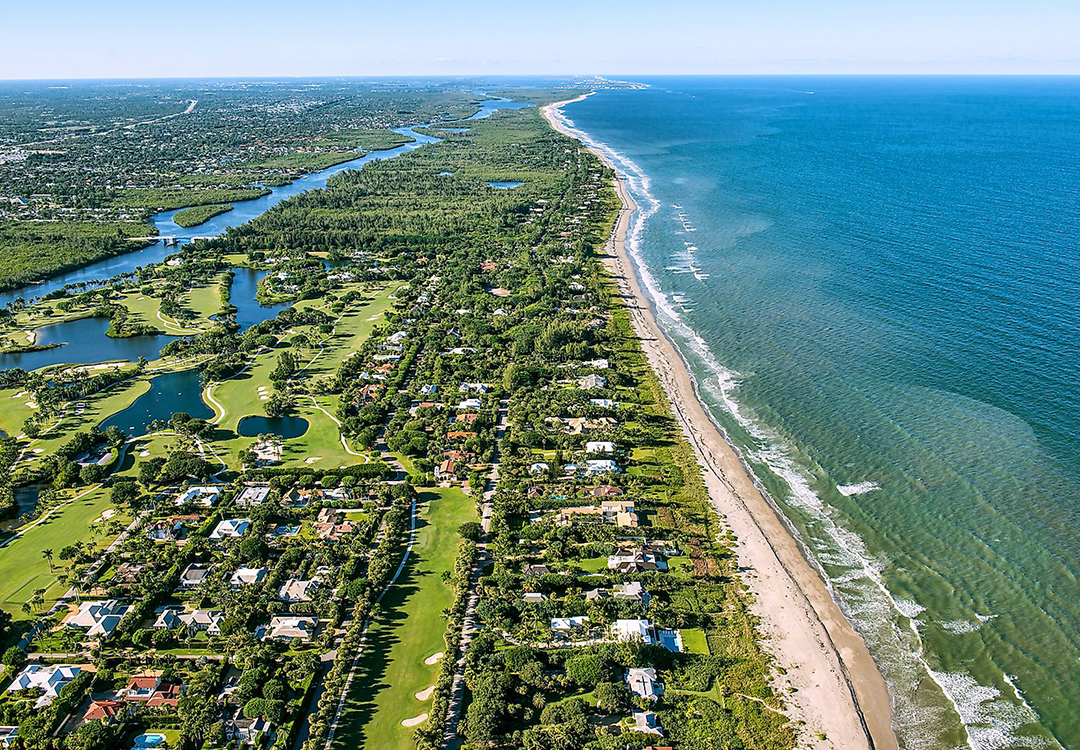 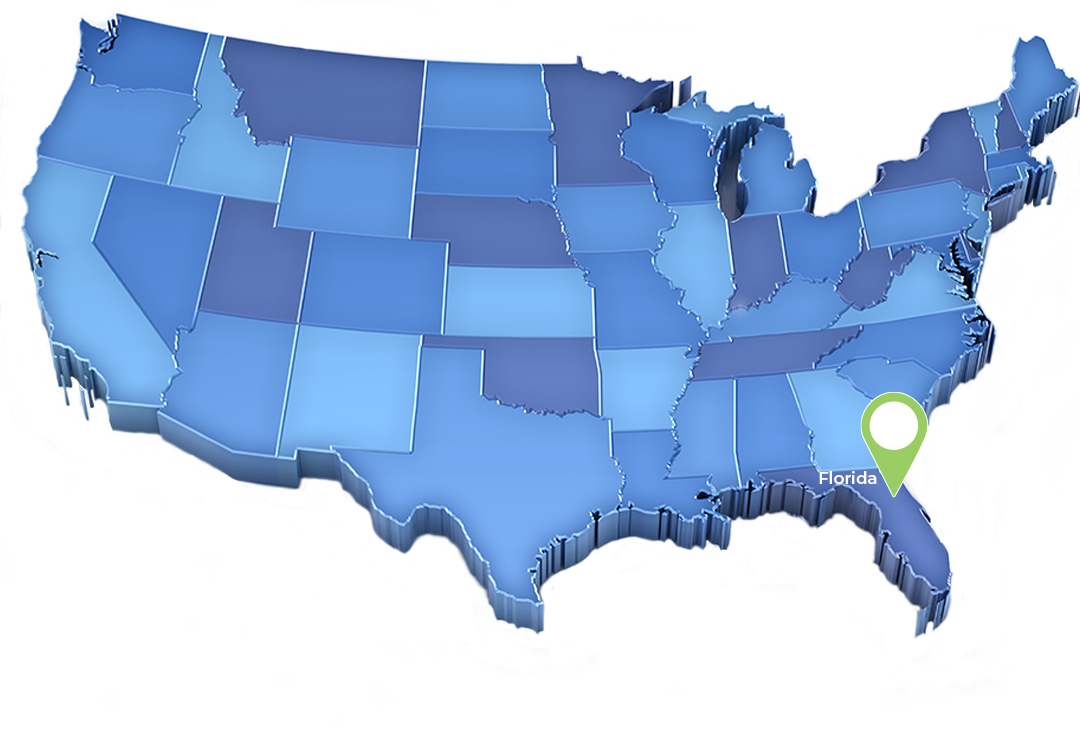 Why is it called Florida?

The 27th state, nicknamed the Sunshine State (due to the state being warm year-round), is best known for its theme parks, beaches, alligators and of course – heat. It was named on 2 April 1513, by Spanish explorer Ponce de Leon, who called it La Florida, which means “place of flowers.” Some historians think Ponce de León chose the name to honour the blooming flowers he saw there, or in tribute to Spain’s Easter celebration called Pascua Florida, or “Feast of Flowers.” 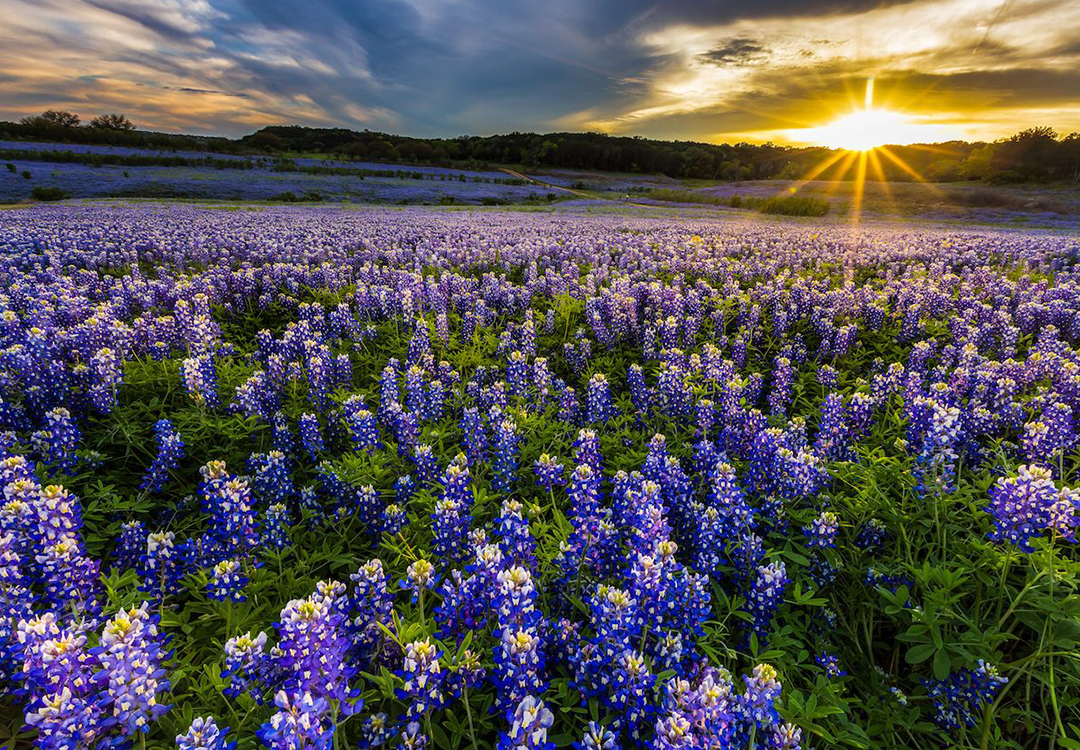 Florida is a peninsula, that means it’s almost completely surrounded by water and it has the longest coastline in America. You could take a swim off Florida’s west coast, and you’ll be in the Gulf of Mexico, or dive in off the east coast, and you’ll be splashing in the Atlantic Ocean, or off the south coast and you’ll be swimming in the Straits of Florida. The northern “upland” part of the state is hilly, but you’ll find caves and sinkholes in the lowlands. The coastal plains contain sandy beaches, islands, and coral reefs. Wherever you are in Florida, you’re never far from the nearest body of water and swimming is possible year-round.

Florida is the theme park epicentre of the world. All of the titans of family entertainment are found here like Disney, Universal, SeaWorld, LEGOLAND and the Busch Gardens. However, if you are more the outdoor active type, the state offers more than 14 800 km of hiking, bicycling, equestrian and shared-use trails. There are also more than 1,200 golf courses for you to perfect your golf swing on. 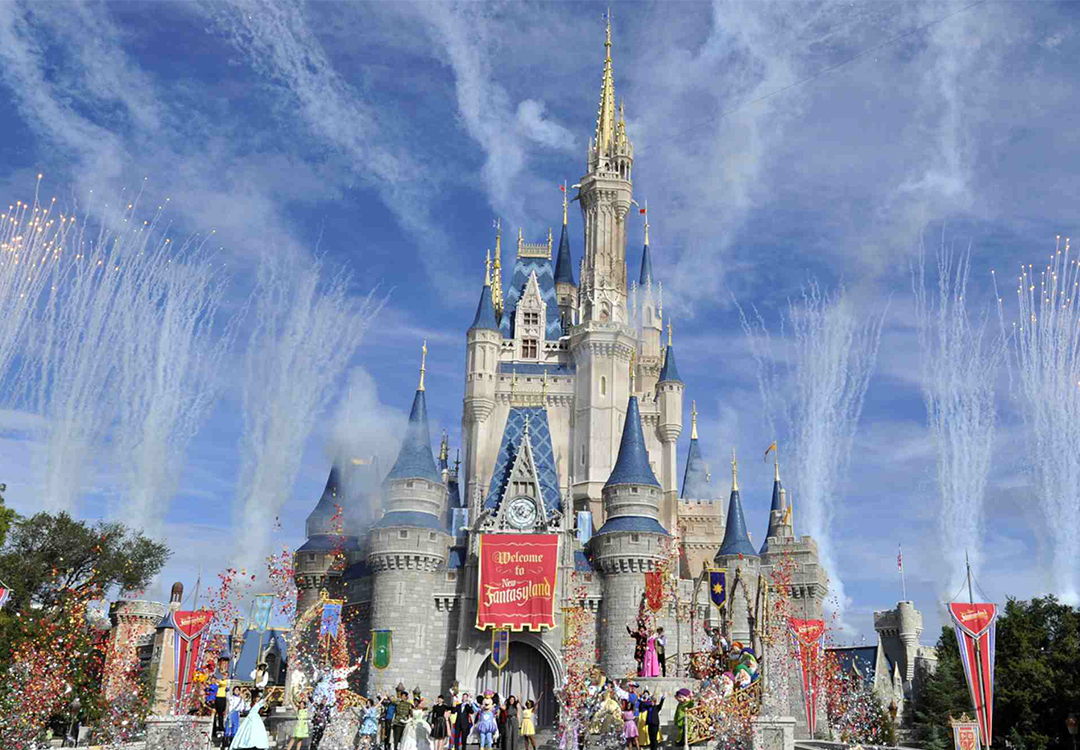 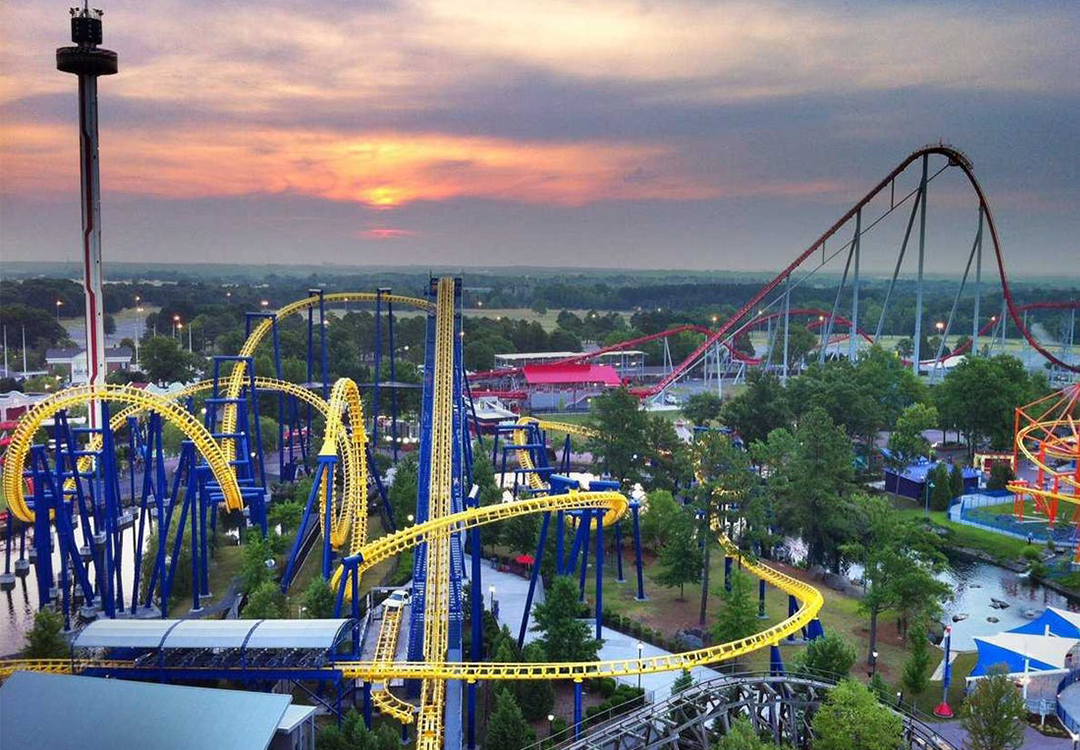 The climate and scenery of the “Sunshine State”, have long attracted enormous numbers of visitors. Tourism has surpassed agriculture and manufacturing as the main component of Florida’s economy, and the prospect of employment in the state’s rapidly growing service sector has simultaneously drawn many immigrants, mostly from Latin America. Consequently, Florida has regularly ranked among the states with the fastest-growing immigrant population, possibly due to the low unemployment rate and to there being no income tax in the state. 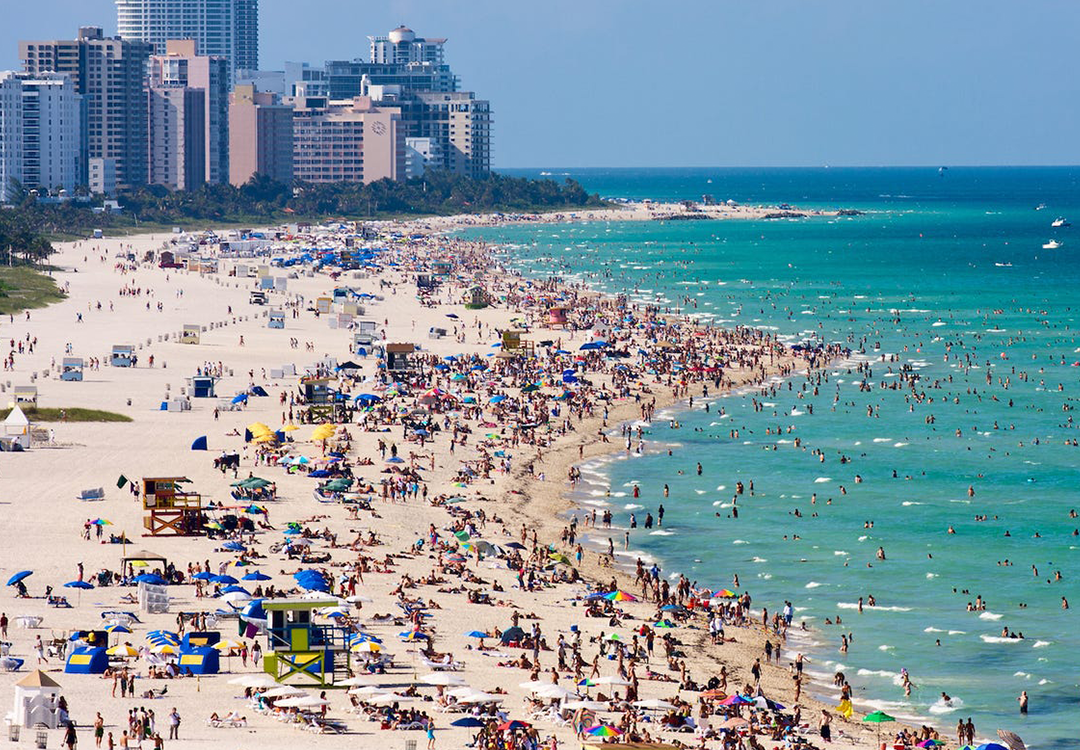 Florida is an increasingly dynamic region that attracts more and more people to it, which creates a rich and diverse culture including, Native American, European, Hispanic and African-American’s. This diversity reflects in their cuisine, architecture and attitudes.

To a stranger entering the state, the landscape may appear devoid of the human imprint, however, it is being used. About half of Florida’s area consists of commercial, national, and state forests, state and federal parks, lakes, beaches, and military reservations. About two-fifths of the state is farmland, and much of this is in either pasture or timber. Only a small fraction of Florida’s total land is used for harvested crops. The state is famous for its oranges as it produces 70% of the oranges in the United States and supplies 40% of the world’s orange juice. Not only that, but it also produces more tomatoes, strawberries, sugar, and watermelons than any other state in America.

Geographic location has been the key factor in Florida’s long and colourful development, and it helps explain the striking contemporary character of the state. To discover this, you will be introduced to three of Florida’s must-see destinations.

You may be surprised to learn that in terms of area, the city of Jacksonville in Florida, is the largest in the United States. The city is home to relaxing beaches, unforgettable eco-adventures, world-class public art, deep-rooted history, exciting attractions and the best dining scene in the region. The city offers the largest urban park system in the country, extraordinary cultural and historical spots, and experiences that engross the mind, body, and inner adventurer. 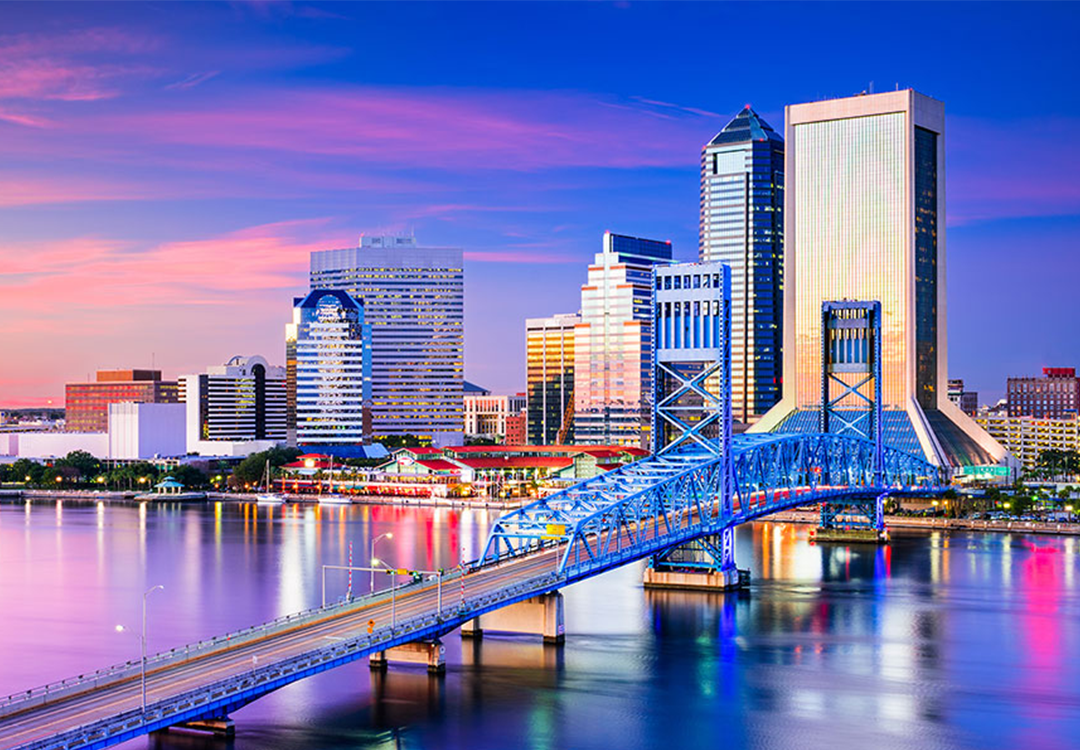 Nicknamed the ‘Magic City’, is the second-largest city in Florida. It is one of the world’s greatest and iconic tourist destinations, due to its climate, pristine beaches and relaxing ambience. What special about Miami is the collision of cultures. A place where you can experience the locals love for Cuban sandwiches to their affinity for art-deco design. The art deco nightclub district on Miami’s South Beach is one of the best in the world. However, Miami is more than just a beautiful coastal city, it is also the only major city, in America, to be founded by a woman. Her name was Julia Tuttle who founded the major city in 1896. 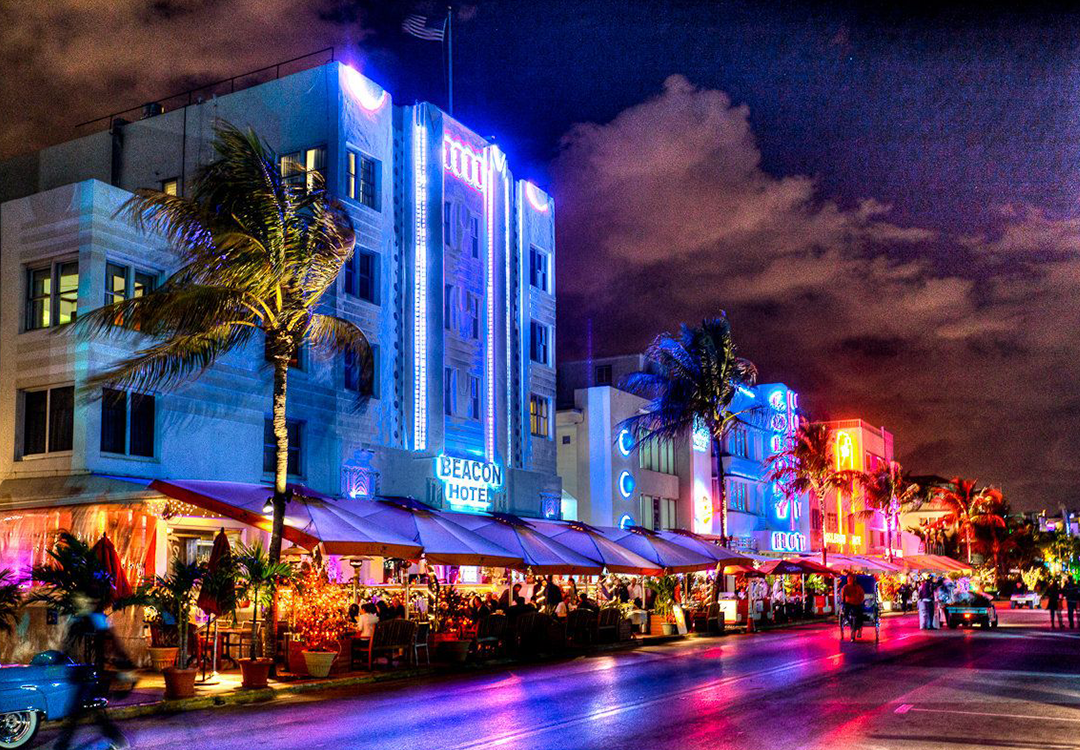 Home to NASA’s Kennedy Space centre, which has critical space facilities and launch infrastructure. Yes, this where you get to see all the spaceships launched into space. From the dawn of space exploration to current and ongoing missions, you can get an up-close, hands-on feel for the story of humans in space. You can even play on planets in a fully-immersive multiple-story indoor play experience and learn about the solar system. 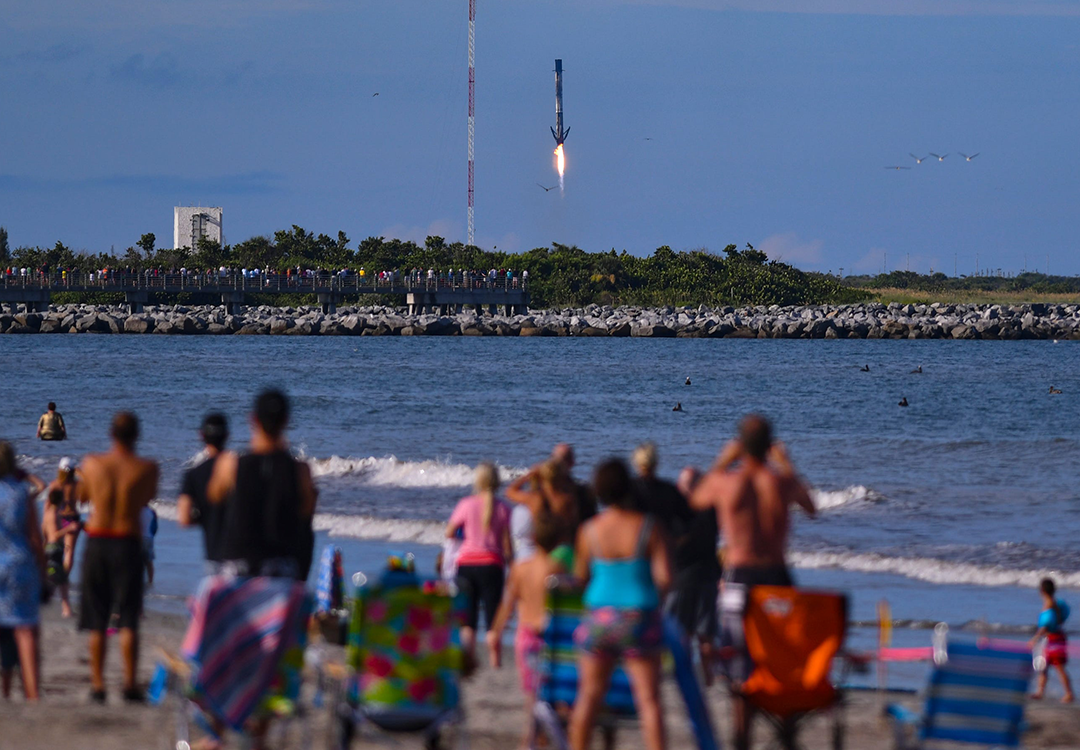 There is a reason why so many people flock to Florida to work, relax and even retire. Florida is sure to keep your offtime busy with plenty of activities to discover with your family. Now it’s your turn to experience this exciting destination.